Vladislav Borovka, oboe, studied at the Pague Conservatory in 1990-1996 with professor Bedrich Voboril. He received prizes in the National Conservatory Contest in Kromeriz (1994) and in the Concertino Praga competition. Since 1994, he has been a member of the Prague Philharmonia. He also gained performing experiences with M. Bourgue, T. Cammaert, G. Passin; in 2000 he received a scholarship of the Yamaha company. In 2001, he graduated from the Academy of Music in Prague (professor Jiri Mihule) and became the Laureate of the Prague Spring Competition. In 2001-2002, he studied with J. L. Capezzali at the Conservatoire Paul Dukas. Since 2004, he teaches at the Prague Conservatory. Since 2005, he has been a member of the Czech Nonet. 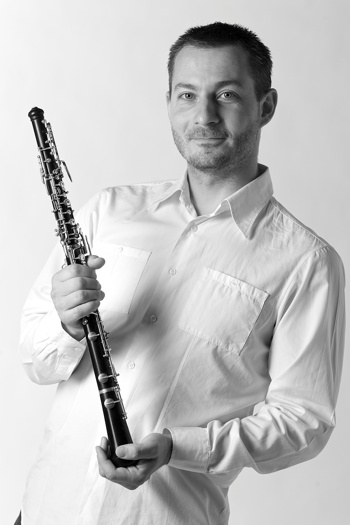