She studied at the Conservatoire in Brno, Czech Republic (Prof. Bohumil Kotmel) and at the Academy of Performing Arts in Prague, Czech Republic (Prof. Vaclav Snitil). She was given a scholarship to study violin in Tasmania, Australia in 2001-2002 (Prof. Jan Sedivka). Romana finished these studies achieving title The Master of Music. She played many solo recitals for Australian audience and even organised “Concert of the Czech Music” in Hobart to collect funds to help people in the Czech Republic to renovate country after devastating floods in summer 2002.

She has been member of the Prague Philharmonia since 1998 and its Concert Master since 2004. In 2005, Romana Zieglerova went back to Australia, where she not only gave solo recitals but also as worked as a teacher in residence at the Hobbart Conservatory. Due to her success, she has been reinvited to come back again in 2007. Later that year, Romana performed Beethoven’s triple concerto together with the Algerian Symphonic Orchestra at the 6th European Culture Festival. She also participated at the final concert of the Prague Music Festival together with the Janacek’s Philharmonic Orchestra and its chief conductor Maestro Theodor Kuchar. In 2006, she gave many concerts as the Concert Master of the Prague Philharmonia, but also as a soloist, for example with the Prague Symphony Orchestr under conductor Maxim Shostakovich. She joined the Czech Nonet in 2006. 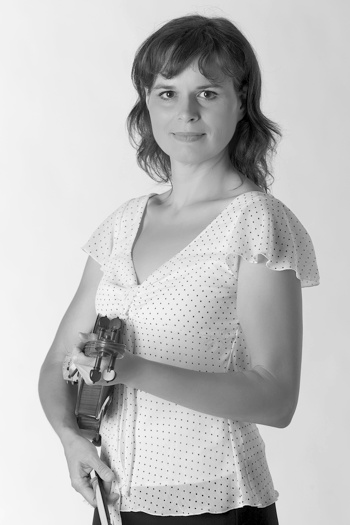