Mr. Jiří Špaček was born on September 19, 1970, in Havlíčkův Brod, Czech Republic. With his nine years he started to play French horn, attending courses given by his teacher Josef Brožek. In 1985, he was admitted to study the Conservatory of Music in Prague, further developing his musical education at the Professor Alois Čoček.

During his studies, he participated in different contests, the most important of them being the International Musical Competition “Concertino Praga”, where he won the First Prize. He performed also as soloist with the Prague Symphony Orchestra, with the West-Bohemian Symphonic Orchestra Mariánské Lázně as well as with many others.

Actually, he is the member of the Symphonic Orchestra of the Czech Radio, but he cooperated also with the Czech National Symphonic Orchestra, with “Solistes Européens Luxembourg” as well as with Bayerisches Kammerorchester Bad Brückenau. At the same time he is the member of the Prague Wind Octet recording the wind-instruments Harmony by F.V. Kramář per order of the Czech Radio on one side and of the Prague Brass Collegium on the other.

Since 2007, he is also the member of the Czech Nonet Chamber Ensemble, performing with them on many prestigious festivals abroad (e.g. Montreux, Schleswig-Holstein, La Folle journée de Nantes, Festival de Música de Canarias, Prague Springs, Janacek May, Concentus Moraviae). Together with the Czech Nonet Ensemble, he participated also on many radio records for different Radio Stations, such as Bayerischer Rundfunk, NDR, WDR, Czech Radio etc. 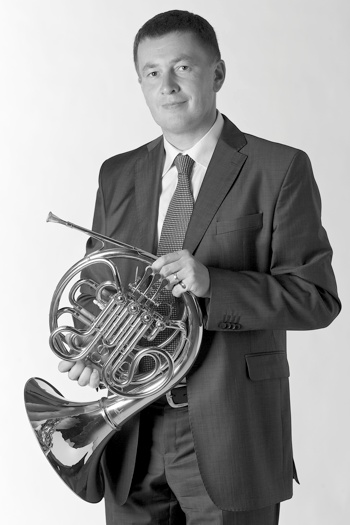